I can’t believe how much has changed over the past year. Almost exactly one year ago, our house looked like this:

About a month later the interior was nothing but concrete and framing and the second floor was up! It was really exciting for a few minutes…. 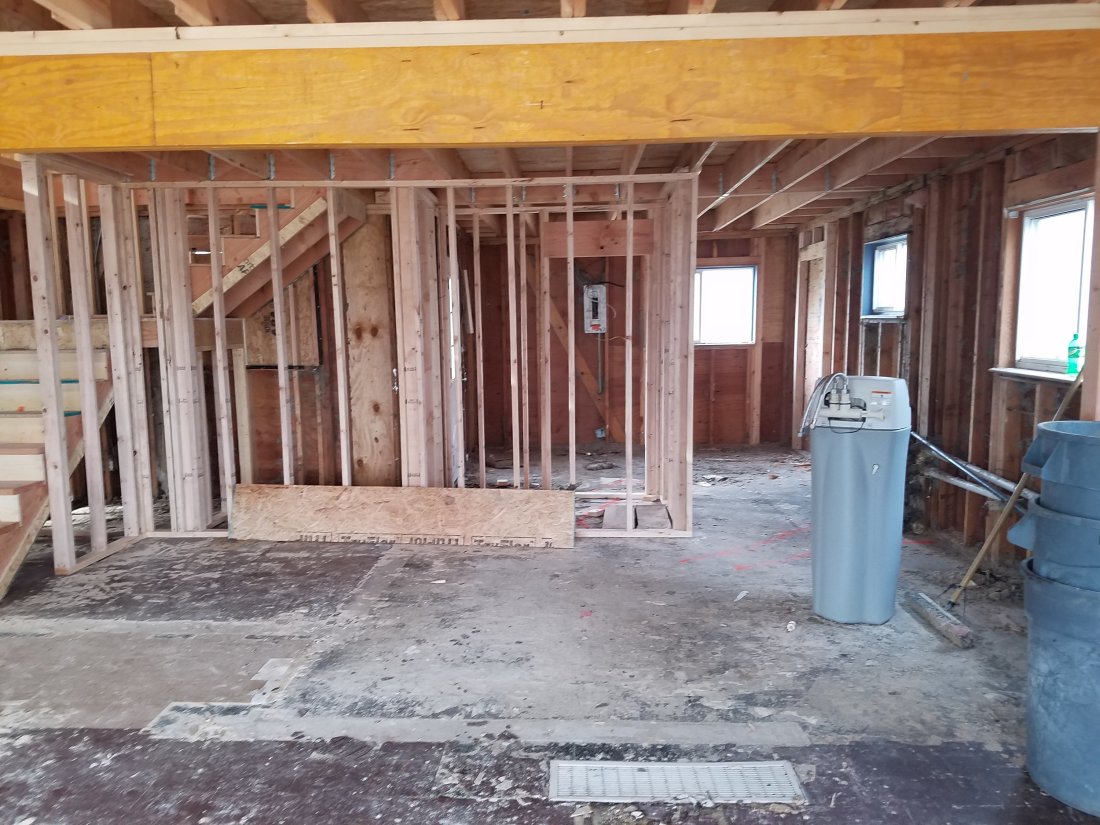 And then, nothing. At least that’s what it felt like. Slowly we saw progress, rough electrical, plumbing, HVAC and the roof went on (note the comment about former plumbing issues in that progress post, if only I could warn my former self on what was to come). But there were definitely weeks over the summer where nothing happened and it felt like it would never be done. Most notable to us was the absence of the plumber.

Then, around August or September the builder got a new project manager and things started going much more quickly. The walls were closed up, the kitchen was put together, and finishes went in (though I’m still not quite over the whole soffit thing). 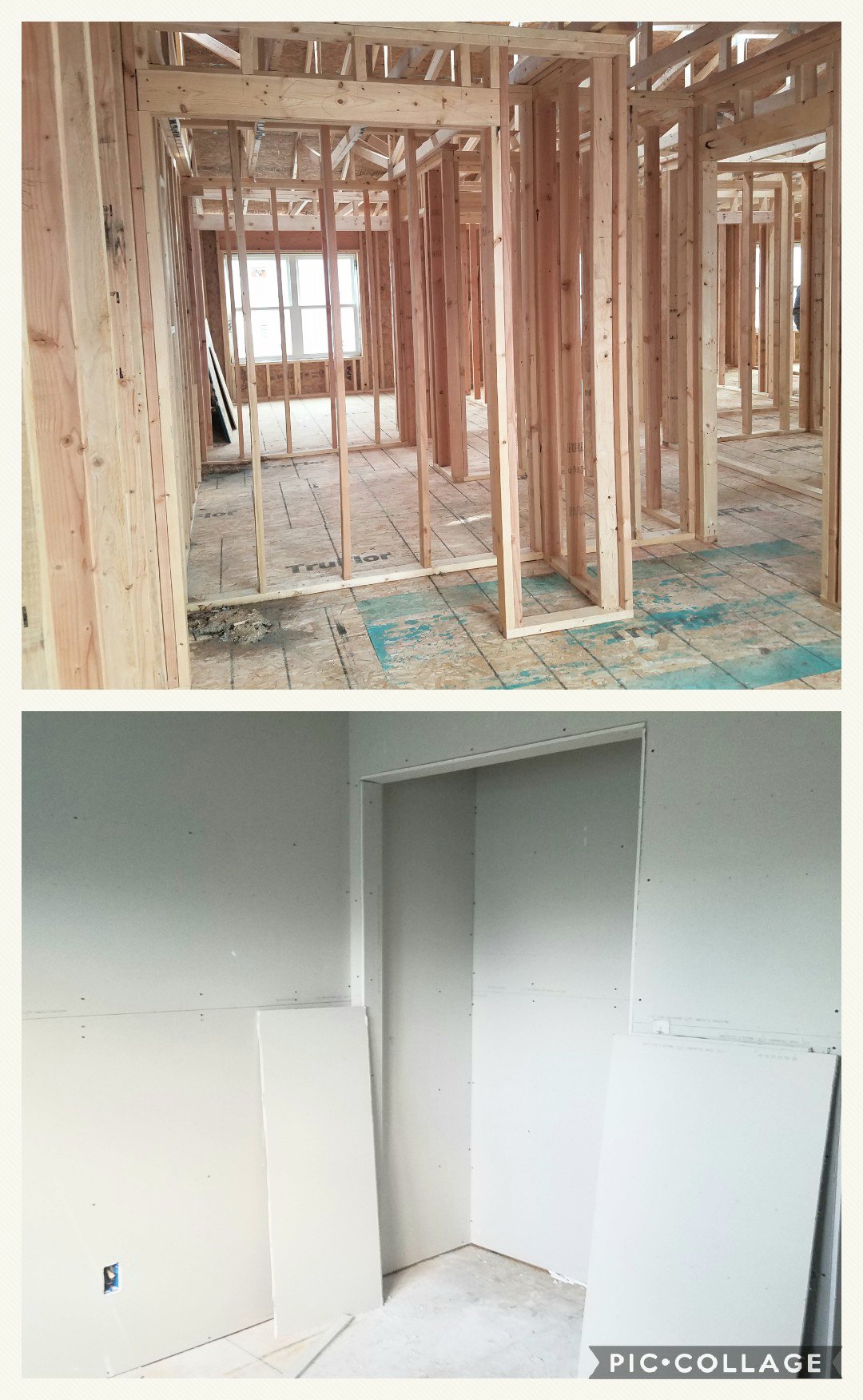 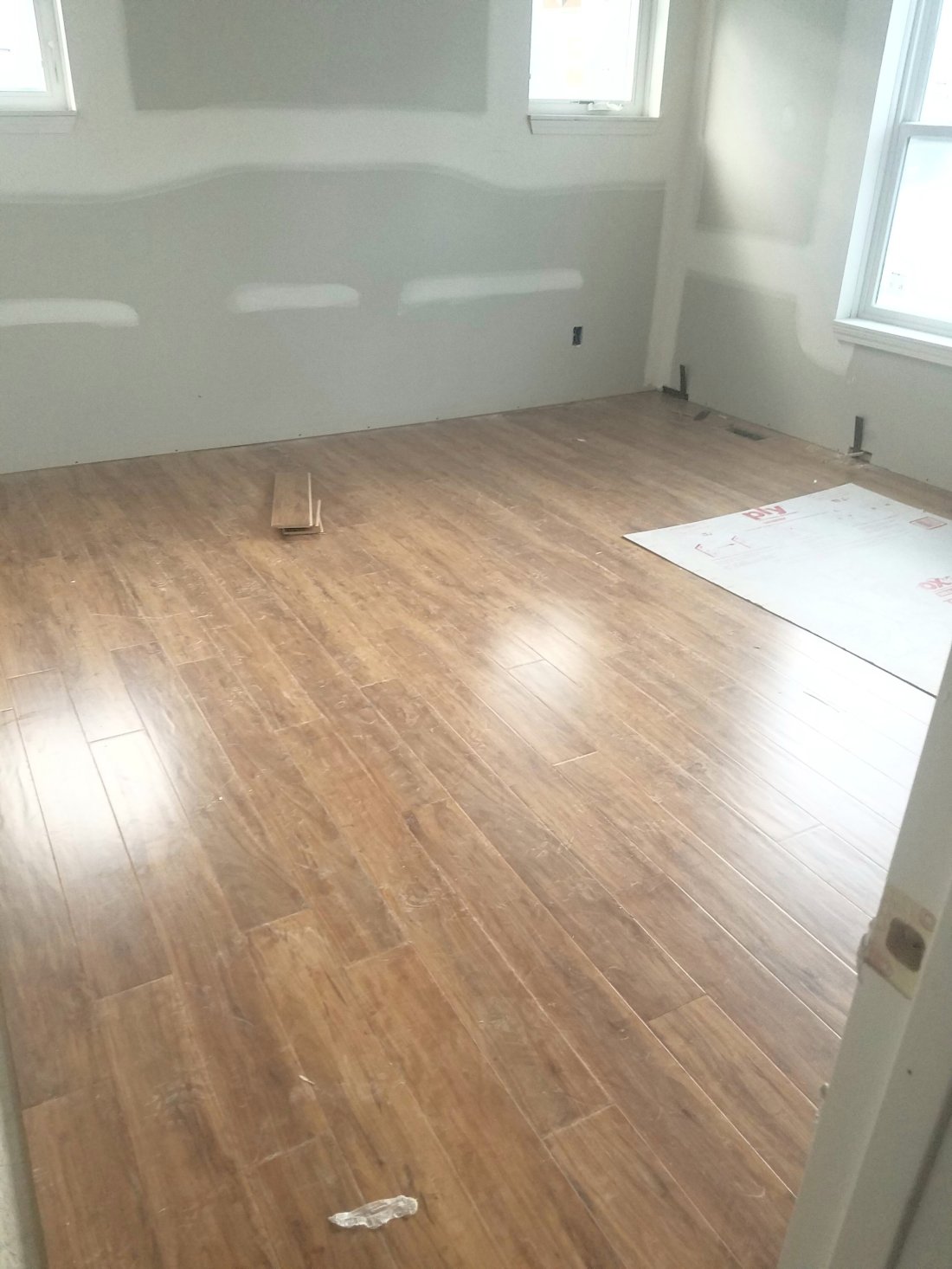 Around Thanksgiving, we were finally able to move in. It was really nice to have our own space again and I know the kids appreciate having their own place to go when they need to do homework, they want to read a book, or just play on their own.

Now that the addition is finished, I’m looking forward to finishing up the spaces and adding all the finishing touches (and for the builder to wrap up his punch list).

Any one else ever attempt a project like this? Even now that it’s done, I’m still not sure it wouldn’t have been easier to just move 😅😅.

Hey there! We’re two sisters (Dee and Nikki) sharing our misadventures in life and home renovation. Dee lives in the midwest in a rancher (soon to be two-story house) and Nikki lives on the east coast in a two-story Dutch colonial. Dee is doing a full house renovation all at once, and Nikki is gradually fixing up her house, one project at a time. We hope you enjoy reading, and thanks for stopping by!

🎶“The waiting is the hardest part.” 🎵
Happy Mother’s Day! 🥰💐
He is Risen! ⛪️🐰
Cheers to that last cup of coffee you have while enjoying your Christmas decorations, before finally taking them down! ☕️🎄Anyone else do this? Feels nice to take a minute & just be grateful for how blessed we were this past season (and year). ☺️✨🙏
Here’s to the only view in my house right now that still looks clean, and for making it to Friday... 🍻🙂 Happy weekend!
Happy Easter!! 🐰⛪️ He is Risen!! 🙌 Hope everyone is having a wonderful family celebration today! Lots of hidden bunnies in this picture... The little girl wasted no time picking her bunny cinnamon roll out... ☺️😆🥰